Bandwidth in the Building... A New Approach

Fiber-to-the-home (FTTH) has been around for many years now, and is in many aspects a very mature market and technology. The prices have of course come down over the years, and this technology is now attracting interest in a totally different market space.

Cabling of buildings has historically been accomplished using copper. But, what if new builds were to boast fiber instead of copper, being based on the mature, low-cost FTTH technology, i.e., PON? In many cases, fiber is now less expensive and easier to install than similar copper infrastructures.

More and more, this is exactly what we are starting to see, and the practice is referred to as passive optical local area network (PO-LAN), or POL for short. This is of course fueled by the ever-increasing demand for highly cost-effective and high-quality voice, video and data in the enterprise space.

POL replaces aggregation electronics and copper cables with passive optical splitters and singlemode fibers. This creates an architecture with lower purchase, installation and maintenance costs, in addition to a far longer life span than traditional copper architectures. One of the incentives for POL is that it is a cost-effective fiber-to-the-desktop enterprise solution that is changing the network and the way that we think about designing, installing and maintaining the network. POL is referred to as passive, because there is no need for active electronics between the main equipment room and the work areas, but rather just passive optical splitters that distribute converged services directly from main switch to the terminals (without using electricity). This architecture promises to bring high performance (gigabit) broadband to the desktop at a fraction of the cost of typical copper-based Ethernet LAN configurations.

A second incentive is the technology’s proven track record—with its roots in FTTH, POL offers true carrier-class robustness and reliability. However, that doesn’t mean you should deploy FTTH technology designs into your LAN. FTTH infrastructure was designed to maximize splitter use for low-density, static environments like neighborhoods and apartment buildings. Enterprise environments like office buildings and campuses require cabling system infrastructures designed for higher density and ongoing moves, adds and changes (MACs).

A study titled “Transformation of the Enterprise Network using POL” carried out by Networks Strategy Partners mentions that if a single-building office were to replace its network with a POL, that office would end up cutting its CAPEX by 39% and its OPEX by 52%, for a total cost-of-ownership (TCO) savings amounting to 45%. If a multibuilding campus were to employ a POL, the savings would amount to 41% in terms of CAPEX and 71% in terms of OPEX, which represents a TCO of 54%.

The image below, which is pulled from the Association for Passive Optical LAN, highlights these differences:

From a testing standpoint, this remains a very-short reach PON architecture. As such, with technology offering such as the intelligent Optical Link Mapper (iOLM), EXFO is uniquely well-positioned as a testing partner. To learn more about these solutions, visit our Passive Optical LAN page. 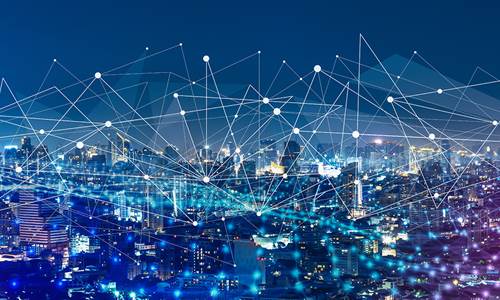