Marie-Anne is in charge of marketing for all EXFO products related to Data Centers and FTTx Broadband Access. Prior to holding this position, she was in charge of all external communications globally, including media placements and public relations. She is greatly involved in Corporate Social Responsibility and social media communications activities as well as spokespeople training. She also participates in many industry events. Marie-Anne graduated from the University of South Alabama with a bachelor’s degree in communications and a master of business administration (MBA). 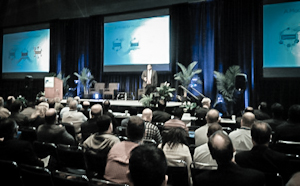 Apparently, I wasn’t the only one to come back from 4G World with the desire for more spectrum. Those of you who attended a few conferences must have noticed that the demand for more spectrum is a hot topic. Indeed, the growing demand and limited spectrum in certain regions of world is now getting worrisome.

Among the great presentations that we had the opportunity to attend at this year’s event—notably those by Cisco and Ericsson, which were of incredible quality—Kris Rinne of AT&T Labs gave a presentation confirming some of the trends highlighted in the recent post by my colleague Murat Bilgic about the increasing demand for network capacity. Given that America is requiring more spectrum, the need for more cell sites is inevitable. As she mentioned during her presentation, the potentially usable spectrum in the pipeline for the US is eight times lower than it is in Japan, almost seven times lower than in Germany and the U.K., and five times lower than it is in France. When we look at data, for example the percentage of mobile subscribers accessing mobile Web on at least a monthly basis (source: Forrester), America comes third (22%) after urban China (43%) and Japan (47%). As such, we can see that there is a real shortage, especially when compared with all European countries as a whole (12%). It will be interesting to see the measures that will be taken in the near future to overcome such challenges.

Overall, the event was great. Traffic was not as heavy as we were expecting, but given that the event took place during Hurricane Sandy, that many keynote speakers were unable to make it to the event and had to be replaced at the last minute, and that the event took place during Halloween, we consider the turnout to be quite good. And although the timing was definitely not the best, we at least know that the people who attended were there for the right reasons, and as such we were able to meet with a high‑quality crowd.

For those who did not attend and would like more information, I encourage you to read the following article about the event: 4G World: The Need For More Spectrum by Peter Rysavy on www.informationweek.com. 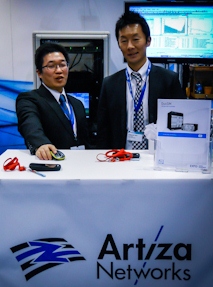 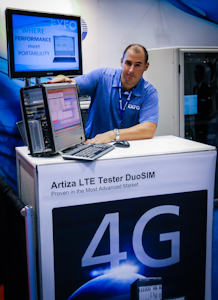 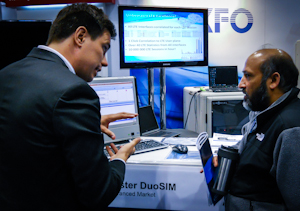