The future of network automation

Jo Hicks joined EXFO in March 2017 and is responsible for supporting the marketing strategy for the automated operations campaign. Previously, Ms. Hicks was a marketing assistant at Ontology Systems where she managed digital campaigns, events, public and analyst relations, internal communications and partner marketing. Earlier in her career, she held the role of Finance and Compliance Officer at a Mayfair-based equity firm, and worked as a personal assistant to the managing director of an online asset manager database in the City of London, England. Ms. Hicks holds a joint honors degree in history and Russian from the University of Birmingham.

“Good historians, whether they think about it or not, have the future in their bones,” said renowned twentieth century British academic and theorist EH Carr. “Besides the question ‘Why?’ the historian also asks the question ‘Whither?’ ” So, this may also apply to network automation, its direction of travel and its current trajectory. In this industry, our preoccupation with knowing what’s next and learning what’s new can make us a little short-sighted, whereas taking a fresh look at the past might (it could be argued) give us a clearer and reinvigorated understanding of the future progress of automation and what it means for telco networks and operations teams.

The desire to automate has always been present in the telecoms industry. In 1832, Almon Brown Strowger launched the first viable and patented electromechanical telephone exchange switch. This innovation eliminated the need for human switchboard operators to complete a telephone call. The historical precedent for using automation to replace human endeavour was set, it appears, long ago.

Looking to more recent times, in the last 20 years communications service providers (CSPs) have become increasingly preoccupied with automation. And in a recent white paper titled The rise and rise of automation in CSP networks and operations, independent analyst Charlotte Patrick plots many of the most impactful developmental milestones in automation, as used by CSPs, in order to illustrate its progression:

The first milestone—automated workflows and scripting—was concerned with batch processing, business process automation, workflow automation in the digital channel and simple network mapping (allowing IT applications and servers to update/interact with each other).

By 2010, the paradigm had moved on to large team-based automation. CSPs were shifting focus to driving improvements in two areas: automation of customer services and self-service in the newly emerging digital care channels. Then from 2015 onwards, the focus was on removing human “swivel chair” actions in the large teams working in the network and on related processes such as order handling, trouble ticketing, alarm management and field service workforce management. These types of automations have driven much of the value generated by CSPs to date—especially with the rise in popularity of robotic process automation—and will continue to be enhanced with new “intelligence” for the next few years.

One big success story in this area is that operator AT&T, following the six-year project it has undertaken to virtualize its core network functions, is forecasting a reduction in labor-related costs of $1.5B by 2020.

A perennial problem that operators face is a lack of visibility into the network. Automation for “new visibility” means assurance is now benefiting from automations that use analytics (including some machine learning) to understand problems with complex root causes and “unknown unknowns” and prescribe actions such as alarms or trouble tickets. These kinds of automations can off-load many of the traditionally manual intensive activities and cross-silo correlation to deliver actionable insight, rather than a sea of alarms. The result is an “augmented employee” who can be more responsive and effective when it comes to solving complex issues, as most routine actions become relegated to machines. It is also a big step towards the goal of full self-healing networks, which can prescript action when they detect or predict issues. The most recent milestone being undertaken is zero touch automation, which is still very much in its infancy. Advances in automation sophistication will open up the possibility of closed-loop, self-optimizing and self-healing networks, allowing the repurposing (and reduction) of operational staff and a move towards the “zero touch” or “lights out” network operations center (NOC). For instance, a large tier 1 European operator notes that it no longer needs anyone to run a core node for 5G and has reduced its NOC staff from 1,500 people to the "low-single-digit hundreds.”

So, what key insights can we draw from looking at the above timeline? Perhaps the proxies for automation adoption can be summarized as follows:

Right now, and beyond

What has all this got to do with the future? As the scale of complexity in networks and systems rises exponentially, the way CSPs approach and implement automation will be critical to their future success. The trends discussed above become ever more prescient when seen in the context of the rush to 5G. The 5G core network makes everything more complex—the advanced technologies associated with it, more connected devices, the increased diversity of services available, higher customer expectations (namely in terms of reliability and performance)—and against all this, operators will want to reduce their costs and improve margins. Where automation currently lies in terms of its overall maturity—having solved a number of the simpler tasks—means that the next logical step will be zero-touch networks, which translates into autonomous networks that can both scale and heal independently of human intervention. 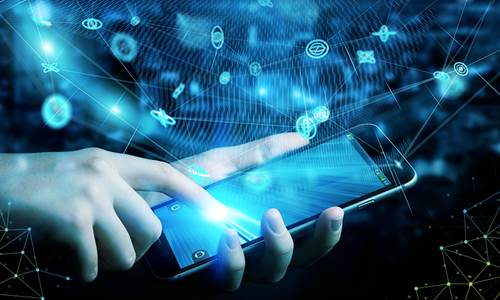