It's time to focus on one-way network delays

In a world where most video traffic only flows downstream, it's high time for wireline and wireless service providers to reconsider how they tackle the critical problem of excessive network delays.

Why? Because high latency, or lengthy network delays, is an issue bedeviling video content and service providers of all stripes and sizes. Buffering delays of even just a few milliseconds can lead to a poorer customer quality-of-experience (QoE) and much higher rates of video abandonment by subscribers, according to research conducted by Akamai Technologies Inc. (Nasdaq: AKAM) and others. In turn, these higher rates of abandonment can lead to substantial amounts of lost revenue.

How substantial? Well, Amazon.com Inc. (Nasdaq: AMZN) figures that a page load slowdown of a just a single second could cost it $1.6 billion in sales each year. Google (Nasdaq: GOOG) has calculated that slowing its search results by merely four-tenths of a second could wipe out 8 million searches per day, costing it countless millions in ad revenues. And a research paper published last year concluded that a millisecond delay at a data center could cause $100 million in lost revenues.

Such latency issues will only become more paramount as video increasingly rules both the world and the Internet. In the latest edition of its Visual Networking Index (VNI), Cisco Systems Inc. (Nasdaq: CSCO) projects that IP video will account for a whopping 82% of all global IP traffic by 2020, up from 70% in 2015. Similarly, the Cisco VNI forecast predicts that consumer Internet video will make up 82% of all consumer Internet traffic by the decade's end, up from 68% in 2015. Plus, the VNI report projects that mobile video will account for 78% of the world's mobile data traffic by 2021, up from 60% last year.

With more and more video traffic pulsing over their lines, service providers know they need to find ways to target latency issues and cut down on network delays or risk losing customers in droves. But what they may not know, and need to know, is that viewer QoE will likely become more and more of a crucial differentiator when consumers are choosing between video providers in the future, as the research is beginning to indicate.

Many service providers are trying to address the latency issue by measuring and monitoring video traffic delays in both directions on their networks, using such legacy methods as packet timing and Global Positioning System (GPS). They then take the two-way latency results and simply divide them in two to calculate the estimated delay in each direction. But this approach is faulty and can lead to big problems for network operators.

The obvious shortcoming with these rough estimates is that they don't offer any visibility into what might actually be happening on either network path. As a result, the estimates for one-way delays could be way off because of the asymmetrical nature of most video traffic. Worse yet, these estimates could wind up producing "false positives," incorrectly indicating no latency problems overall when in fact there may be huge traffic delays occurring in one direction or the other.

It seems clear, then, that service providers must measure and monitor one-way network latency directly and accurately. Unfortunately, though, the traditional methods to track one-way delays accurately are complex and expensive.

Take GPS, for instance. While this type of approach usually delivers the most accurate delay measurements, it's quite costly because it requires investment at all measurement sites. It can also be challenging to carry out in urban settings due to intermittent signals, as well as in indoor settings where GPS deployment is tricky. Plus, there's the extra opex cost of rolling a truck to repair or replace faulty equipment.

So, a better type of one-way latency testing is sorely needed. Without a better approach, video providers will not be able to do much better than guess about the scale of the latency issues they are struggling to master. Consider this question: How much is your inability to measure one-way latency costing your company? 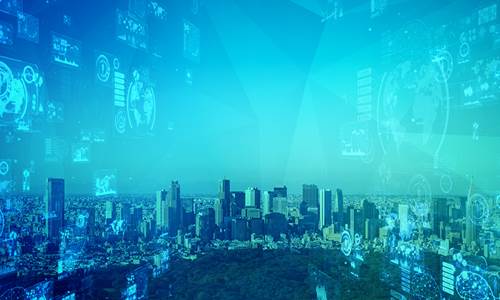