We are now well into the 100G era: 40G has peaked, and 100G is starting to be deployed quite massively across the globe. All major vendors offer a 100G solution—each of which is based on coherent detection and promises near total invulnerability to many physical impairments, including polarization mode dispersion (PMD).

PMD is the dispersion of a light pulse due of stressors, impurities, malformations and other aberrations on the fiber core. It changes in time, sometimes slowly, sometimes fast, depending on how the outside world affects the fiber. PMD also changes in a random way as a function of wavelength (frequency). Each wavelength can have a different local PMD (which is referred to as differential group delay, or DGD), that is uncorrelated with the next wavelength. An average (the true definition of which is the root mean square, or RMS) of all these DGDs at individual wavelengths and points in time is what we call PMD.

In other words, PMD does exist. It is present, and changes—most of the time around a central RMS value. Coherent systems have powerful digital signal processing (DSP) technology that tracks and compensates for the variations in DGD on a per-wavelength basis.

In both of the above scenarios, the tracking system loses track of what it needs to compensate, resulting in a complete loss of signal. What then happens is that the DSP (a smart device) tries to resynchronize and rediscover the level of PMD that needs to be compensated for. It usually does this very quickly (providing that the value is within range). However, at 100 Gbit/s, many bits will have gone by uncompensated for, potentially generating a lot of errors in the process.

Because these two scenarios are highly improbable, PMD has less chance of creating BER on coherent systems. However, if a problem does occur, the consequences will be much more serious due to the fact that recovery can be time-consuming, and on account of the large flow of bits.

High instantaneous DGD will eventually occur—it’s just a question of time and statistical behavior. Likewise, rapid DGD changes will also occur, but in some circumstances topology beguiles faith. For instance, compare a submarine cable with an aerial one: which is more likely to be subject to random perturbation from the outside world? The same also applies to fiber lines near train or metro lines, or those running alongside bridges crossing over rivers. Temperature, wind and vehicle vibration can all lead to rapid changes in DGD and PMD.

Fast variation: There are more chances of exceeding the range if the PMD of the section of fiber is high, and a high potential for tracking loss due to reaction time. Now, if the PMD of the section with high vibration is low, variation will not be an issue. Tracking may or may not work, but because the PMD is low, the consequences will be limited. If the section has high PMD, this can bring about real trouble. Similarly, if the section immediately following the one with rapid changes has high PMD, the input state of polarization leading into the high PMD section will vary rapidly, in turn creating rapid PMD changes as well.

So, in a nutshell, DSP and coherent systems are much more robust to PMD than OOK. However, they are not completely invulnerable, and any problems now tend to have greater consequences than in the past. As such, it is imperative to check the PMD of aerial sections, bridge sections and the like, in addition to the PMD of those sections following these topology artifacts. It is in these areas that high PMD will cause network and system failures. 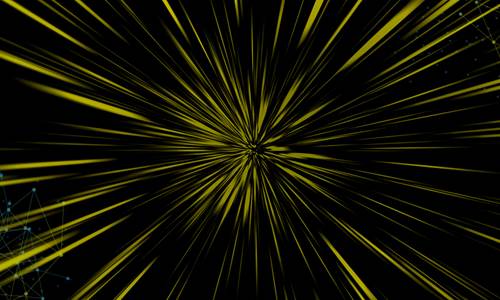