The growth of data-centric services driven by smartphone technologies, along with the growth of the social Internet (e.g., My Space, Facebook, etc.) and multimedia applications (e.g., gaming, YouTube, etc.), has prompted wireless service operators to shift towards packet-based Ethernet/IP technologies in their access and core networks. The most important drivers for this decision: scalability and cost savings.

The shift towards Ethernet/IP-centric backhaul networks brings many challenges. The “best effort” nature of this technology mandates the use of in-band quality of service (QoS) or class of service (CoS) mechanisms to maintain end-to-end quality and reliability for each service provided. All network switching or routing devices must be provisioned correctly to maintain end-to-end quality. Network configuration verification, using appropriate test strategies, becomes essential as it will help wireless operators to enhance network reliability and performance, therefore increasing the average revenue per user (ARPU) and customer satisfaction.

Traditionally, most wireless backhaul networks were made up of T1, establishing connections between the base transceiver station (BTS) or base station controllers (BSC) and the mobile switching centers (MSC). The evolution towards the all-packet network is underway.

Today, and for years to come, backhaul networks will be made of a mixture of both E1/T1 (for voice) and Ethernet/IP (for data services) technologies. This hybrid-network approach offers an economical solution for potential traffic bottlenecks with the increased traffic of non-real-time data.

With 4G/LTE fully implemented, all traffic will be running over Ethernet/IP. As carrier Ethernet networks mature, wireless backhaul will eventually become totally packet-based. This will simplify network architecture, reduce costs and provide the necessary scalability for expected growth with data-centric applications.

Not all traffic is created equal in a packet-based system. Real-time services (voice/video) run using user-data protocol (UDP) as the transport protocol. There is no chance of retransmission if a packet is lost. This is done intentionally as a retransmission of voice or video is immediately perceived by the end user as poor service. Special considerations and configurations must be taken into account when it comes to transporting real-time data such as voice or video over a packet-switched network to maintain quality transmission.

Backhaul networks carry simultaneous real-time services and non-real-time data (e-mail, web browsing) services. Also present in the traffic stream are management services. These services include synchronization, operations, administration and maintenance (OAM), as well as management control. Each service will require a specified priority setting to maintain the expected QoS. RFC 2475 defines the architecture for differentiated services. The use of differentiated service code points (DSCP) offers an in-band mechanism to control the priority of the different services running over the same Ethernet/IP link.

This methodology offers a solution to the issue of dropped packets during a high-congestion period. The router inspects the packets of the incoming services for the DSCP settings to determine which service has priority and then makes the decision as to which packet is safe to drop during overload periods. This differentiated services structure provides a way to ensure control-plane information (e.g., synchronization, control management data, etc.), and real-time services (voice/live video) are forwarded through a network with higher priority in case issues such as congestion or inadequate buffer queuing should occur. This technique is implemented on a per-hop basis, which means all routing/switching devices along the path must be provisioned correctly to ensure end-to-end QoS.

Rate limiting is also used to set the transmission rate on a per-service basis. This helps manage congestion and improve frame delay. Each service is allocated a certain committed information rate (CIR); this corresponds to a bit rate, which will guarantee proper performance for the specific service.

A practical example for implementing rate limiting in a wireless backhaul network could be for voice traffic. In this case, the analog signal is encoded using a compression coder/decoder (codec), which follows a particular specification such as G.729. This analog-to-digital translation is accomplished at the mobile device or at the BTS, depending on the system. The digital output of a G.729 codec is approximately 40 kbit/s of IP traffic per user. So if there is a peak average of 300 calls at any time at the cell tower, the CIR would have to be 12 Mbit/s.

Each service should have a CIR. Best-effort traffic such as web browsing could be throttled to avoid congestion for the higher-priority traffic. This would allow the service operator to efficiently manage the aggregated traffic volume in the core network as well as control frame delay.

To guarantee the CIR, the traffic-rate limiting is usually set to the excessive information rate (EIR). This bit rate is slightly higher than the CIR and allows for traffic bursts. This is shown in Figure 4, with the following color code: green for the guaranteed CIR, yellow for the best-effort traffic, and red for discarded traffic, i.e., traffic with a bit rate greater than the EIR.

Frame delay or latency is the difference in time from the moment a frame or packet leaves the origination port and the moment it arrives at the destination port. It has a direct impact on quality of real-time data such as voice or video. Management services such as synchronization protocols, which communicate between the BSC and mobile devices, must have a very fast response time. This helps to ensure quality voice transmission, cell handoffs, signaling and reliable connectivity.

Frame loss is a serious problem for all real-time services such as voice or live video as well as for synchronization and management of control traffic. Lost packets cause a poor perception quality. Lost control packets increase latency and may cause connectivity failures and even dropped calls.

Bandwidth refers to the maximum amount of data that can be forwarded. This measurement is a ratio of the total amount of traffic forwarded during a measurement window of one second. Bandwidth can either be "committed" or "excess" with different performance guarantees.

Frame delay variation, or packet jitter, refers to the variability in arrival time between packet deliveries. As packets travel through a network, they are often queued and sent in bursts to the next hop. Random prioritization may occur, resulting in packet transmission at random rates. Packets are therefore received at irregular intervals. This jitter translates into stress on the receiving buffers of the end nodes, where buffers can be overused or underused when there are large swings of jitter.

Real-time applications are especially sensitive to packet jitter. Buffers are designed to store a certain quantity of video or voice packets, which are then processed at regular intervals to provide a smooth and error-free transmission to the end user. Too much jitter will affect the quality of experience (QoE) where packets arriving at a fast rate will cause buffers to overfill, leading to packet loss. Packets arriving at a slow rate will cause buffers to empty, leading to still images or sound.

The International Telecommunications Union (ITU) is currently working on a draft recommendation called Y.1564. This new Ethernet test methodology, which is geared toward carrier Ethernet, takes into account the important KPIs of the Ethernet services running over today’s network architecture.

The ITU-T Y.1564 document describes a standard way of measuring the performance of Ethernet-based services over point-to-point or point-to-multipoint networks. Prior to this recommendation, the only method available to verify the performance of Ethernet-based networks was IETF’s Benchmarking Methodology for Network Interconnect Devices, also known as RFC 2544. This test methodology was originally designed to evaluate the performance characteristics of network devices. It has been adopted to verify networks mainly due the fact that no other method existed. RFC 2544 lacks certain measurement parameters required for current and future backhaul networks, as highlighted below:

The first phase is the network configuration test, which verifies that the network is indeed configured correctly for each service defined. The test traffic stream for each service will be set according to the proper QoS/CoS requirements. Measurement of the maximum throughput, frame loss, frame delay and frame delay variation will be made while the traffic flow-rate is ramped in increments to verify that the network is configured to the proper CIR and EIR rates and all services have the proper priority.

Each service will be represented by a bandwidth ramping test stream. The traffic throughput, frame loss, frame delay and frame delay variation will be measured for each ramp step. The traffic rate is incremented to the CIR rate, then to the EIR rate and finally over the EIR to verify any overshoot, indicating that improper bandwidth limiting has occurred.

The ITU-T Y.1564 recommendation’s second phase is the service test, which specifies the transmission of all services simultaneously at the defined CIR while measuring the same KPIs. This test can run for a specific duration.

The service test provides a method to test the long-term quality of the network, ensuring that services will be delivered correctly even with heavy traffic load.

EXFO is the first test equipment manufacturer to implement the ITU-T Y.1564 within its carrier Ethernet test solutions; this capability is available for 10/100/1000 Mbit/s and 10 Gigabit Ethernet rates.

In addition to adhering to the Y.1564 specification, EXFO has implemented a bidirectional test methodology, the Dual Test Set mode, which enables simultaneous testing in both directions for EtherSAM’s network configuration and service test phases. Ultimately, this test reduces truck rolls and provides a higher degree of confidence in the network performance since tests are run according to real-life scenarios. Troubleshooting time of improper network element configurations is reduced as the path is verified in each direction, allowing for 100% first-time-right results.
EtherSAM—A Time-Efficient Methodology

With the EtherSAM methodology, testing time is decreased dramatically in comparison to RFC 2544. For example, RFC 2544 test takes 20 minutes to complete a throughput/latency cycle for a single service. If there are issues with the network performance such as excessive latency, RFC 2544 will have to run the throughput test before testing the latency. This means 10 minutes of lost time to find out there is a problem. Once the performance issues are resolved, an RFC 2544 test sequence must be run again. This sequence must be repeated for each service as this methodology is based on a single stream.

Using EtherSAM, the same throughput and latency tests can be performed in 25 seconds. Any latency trouble will quickly be determined allowing technicians to troubleshoot immediately. After ensuring proper network configuration, all services can be tested simultaneously for a desired period of time, providing a more realistic soak test. Each service can be set up to emulate real-time traffic or data with all frame parameters available.

Test profiles can be stored and recalled, offering repeatability and ease of use. Reports are available in multiple formats, including .pdf, .txt, .csv and .html.

Providing the capability to verify proper network configuration on a per-service basis along with long-term traffic load testing, the ITU-T Y.1564 recommendation offers an ideal test strategy for today’s and tomorrow’s wireless backhaul networks. This approach will help ensure the backhaul portion of the wireless network adheres to expected QoS parameters while reducing costs and improving mean time to repair (MTTR). As backhaul networks mature to the total packet-switched topology, EXFO’s EtherSAM testing solutions will be there to provide proper verification and operability. 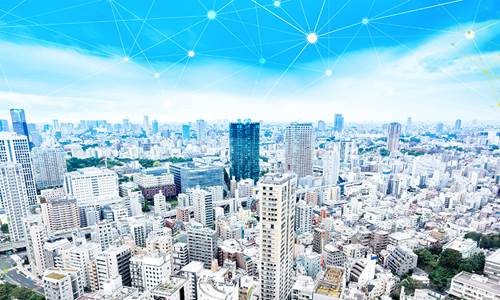 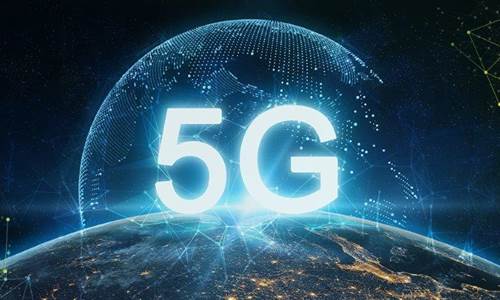