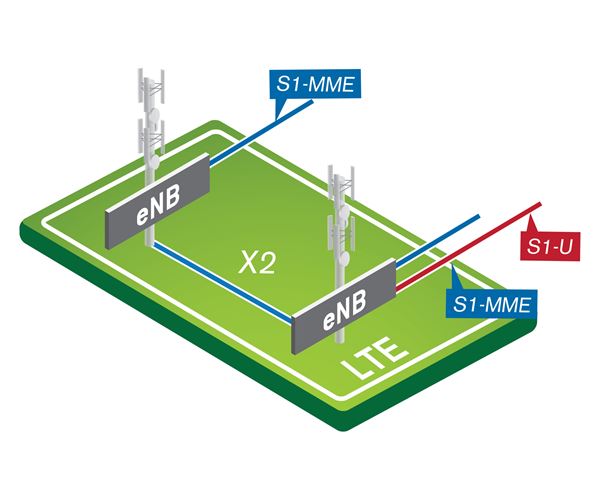 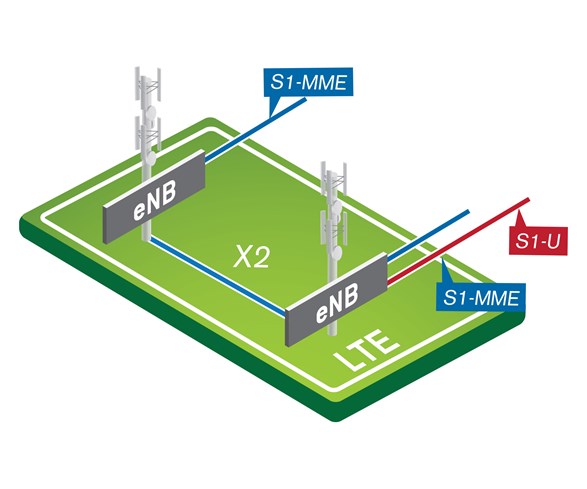 Testing of LTE and SAE will bring new challenges to eNB and home eNB (HeNB) testing:

All this makes radio interface testing and optimization around (H)eNBs much more challenging. Additionally, the all-IP architecture of LTE and SAE increases the need for sophisticated testing tools to verify QoS, QoE, data applications and video broadcasting.

These new elements make radio interface testing and optimization around (H)eNBs much more challenging. Furthermore, the all-IP architecture of LTE and SAE increases the need for sophisticated testing tools for verification of quality of service (QoS), quality of experience (QoE), data applications and video broadcasting.

EPC-SIM enables (H)eNB testing by simulating the S1 and X2 interfaces and supports testing on both the control plane and user plane.

EPC-SIM can effectively be used in the functional and load testing of (H)eNB. In functional testing, EPC-SIM can send or receive any protocol messages of the supported interfaces. EPC-SIM is flexible to allow for customization based on user specific requirements.

Transparent IP routing allows testing of the existing IP services. At the S1 interface, IP routing over SGi interface takes care of the automatic mapping of the IP user plane of UEs to GTP-U tunnels.

Home eNB gateways are designed to aggregate both control-and user-plane traffic. However, some operators use them to aggregate control-plane traffic only. The security gateway can be deployed as a logical entity within the HeNB-GW or as a separate entity. HeNB-GWs can be deployed in various network architectures, but the decision on how to deploy the HeNBs will depend on a number of factors. This is what makes validating the HeNB-GW so complex.

When the EPC-SIM and the HeNB simulation test package are used together, they can perform a complete wraparound test of the HeNB-GW. A single blade can simulate thousands of HeNBs with millions of subscribers at a very high rate of messages per second. The W2CM then pumps user-plane traffic at a line rate of 10 Gbit/s to stress the HeNB-GW and measure the throughput. 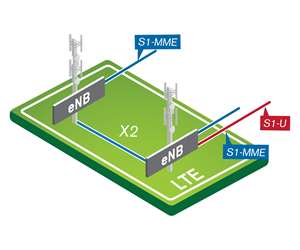